What are you looking for?

“We have so many different technologies and programming languages in-house; what’s more, we’re constantly developing new products. As an IT professional with ABN AMRO, you can never go stale.”

The term ‘Tikkie’ has even entered the dictionary

“It may sound odd, but the bits I liked best about my psychology degree were the statistics. What I wanted to do afterwards I didn't know. Carry on studying? Maths, perhaps? Then I came across an IT training course where I could do a traineeship at an external company. Learning on the job – that sounded good to me. That's how I ended up with ABN AMRO, in the Tikkie team.”

Moving over to ABN AMRO

“Not many people realise that Tikkie is part of ABN AMRO. It’s an initiative that was launched by the bank in 2016 as a start-up to make it easier for people to pay back small amounts to each other, regardless of which bank they used. The word ‘tikkie’ is now used to denote all forms of online payment requests, which shows how popular the app has become. In 2019 it even entered the official dictionary of the Dutch language!”

“As a trainee, I spent the first 18 months at Tikkie doing support work. It was a good way to get to know the fintech world. And when the bank offered me a permanent contract, they also gave me plenty of scope to find out precisely what I wanted to do within IT. That freedom of choice is characteristic of ABN AMRO: if there’s an area that interests you, you’re encouraged to look into it, ask for advice and shadow the relevant people. I eventually opted for programming.”

Puzzling things out and restaurant vouchers

“I was able to join a development team straightaway and go on extra training. Puzzling things out is an aspect of this job that really suits me, since I’m naturally analytical. We’re constantly improving the app, like building APIs for commercial clients, and we have a portal where they can upload and send CSV files in bulk. I’m particularly proud when I’ve just finished writing a complex piece of code. And when my colleagues and I turn in a good job. I think it's great when we create something completely new.”

“Did I have any misconceptions about working for ABN AMRO? I certainly didn’t expect the culture to be so open. My impression of working for a bank was that it would be a bit dull; everyone tucked away in small offices doing their own thing. But the organisation is incredibly flexible and innovative. They also arrange lots of activities outside work too, from pub quizzes and beer-tastings to other fun team outings. There are quite a few colleagues whom I now think of as friends.”

“The bank also plays an important role in society. I wasn’t really aware of that initially, but as an employee you really do start to share in that sense of social commitment. I did some voluntary work through the ABN AMRO Foundation a while back. I really enjoyed it and will soon be doing some again.”

Map out your own career path

“ABN AMRO is such a big organisation, as an IT professional you can go in almost any direction. We work with all kinds of different financial infrastructures, specifically tailored to a wide range of customer groups. And we’re constantly developing new products. At Tikkie, we use very different programming languages from other teams. So you need never go stale here, because you can always learn from all the technologies and specialisms that are available.”

“What else do I want to try my hand at? There are lots of possibilities in developing within ABN AMRO, and I have recently made the transition to the role of business analyst. That means I’ll be working on the technical development of concrete ideas for our app or website, in consultation with programmers and internal users. I’m not yet done with learning here!” 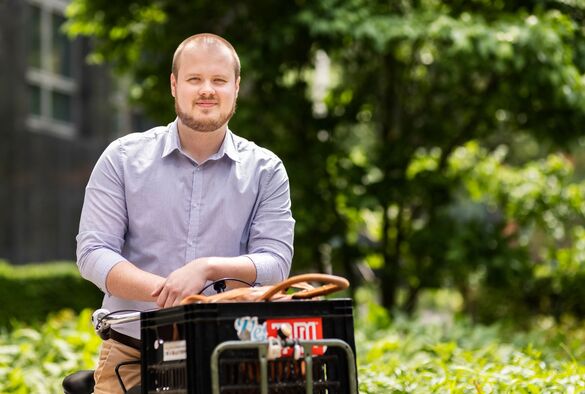 "Maths isn’t about numbers; it's about using logic to solve problems. Numbers are important in my work, but what really matters is the human behaviour behind them. That's what I try to predict with the models I build." 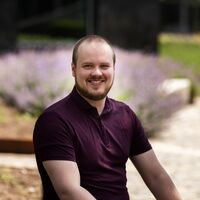 Curious how we approach hybrid working?

We have listed everything